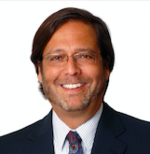 Founder & Chief Strategy Officer of Common Sense Advisory
Don DePalma has more than 30 years of experience in the fields of technology, language services, and market research. As Common Sense Advisory's founder, he is responsible for launching and developing the preeminent market research firm in the language services sector. As the company's chief strategist, Don serves as an incubator for new ideas and projects that support the organization's vision and growth. He drives strategic decisions affecting the future direction of the research and consulting services. Prior to founding CSA Research, he co-founded Interbase Software, served as vice president of corporate strategy at translation technology supplier Idiom Technologies, and was one of the first analysts at Forrester Research. While at Forrester, Don launched the firm's coverage of various sectors, including content management, application development for strategic internet systems, digital marketing technologies and customer relationship management, and business globalization. His book, Business without Borders, is widely used at university and business training courses. Don holds a PhD in Linguistics from Brown University with specializations in generative grammar, computational linguistics, and the historical phonology of Slavic languages. He has also studied at Moscow State University and Moscow Linguistic University in Russia, Univerzita Karlova in the Czech Republic, and ELISA in Costa Rica.

What Does CSA Research Do?

CSA Research is a market research firm that studies the language industry, both services and technology. Companies in North America and Europe regularly use market research to benchmark their activities, processes, organization, and strategy. Leading companies around the world rely on CSA Research for advice and guidance on best practices, service and technology choices, and future directions.

Language is a business requirement for any company that wants to expand beyond its borders and, for countries with large language minorities like the United States or Germany, essential for domestic operations, too. The math supporting global expansion is persuasive. There are seven billion people on the planet, living in nearly 700 locales – that is, combinations of language, economies, political systems, and culture. That equates to 195 countries, 62 of which are multilingual. And CSA Research’s data shows that it take 14 specific languages to reach 90% of the world’s online population. Companies that don’t support the right 14 languages have limited growth potential. Many Japanese companies fall into that category.

English leads the list of those 14 languages, followed by Chinese, Spanish, German, and then Japanese. Companies that want to sell into Japan must support Japanese, while Japanese companies planning to do business in German- or English-speaking countries must do so in German or English. And that language should ideally be the local dialect with support for local customs, taxes, laws, and privacy.

Where is language important? The customer who goes to a website proceeds through a variety of steps, from initial search to talking with friends to buying a product to checking status to getting support. They expect the right language at each and every step.

This demand for doing business in the buyer’s language is the reason for the language services sector. CSA Research estimates that the market for these services will be US$38 billion in 2015, with more than 18,000 companies and hundreds of thousands of translators and interpreters around the world doing the work.

The largest part of this business – 56% − is translation, followed by interpreting and software localization. Translation is a crowded part of the business, but where most companies earn their revenue. The top 10 industries for language services are software of various forms, legal, and public sector translation. The language industry is a global one, with a heavy concentration in Europe and North America. Many European and American companies actively solicit business in Japan and elsewhere in Asia, while most Japanese companies restrict their activity to Japan. Because the market is global, this put Japanese LSPs at risk.

Where Do Japanese LSPs Fit?

CSA Research lists the largest LSPs in Asia and in the world. To date, no Asian companies have appeared on its “top 10” list – the current 10 largest companies are headquartered in the United States and Europe.

The annual survey of the global language services market begins on January 30th. Dr. DePalma asked people at his session to make sure they complete the survey so that Japan is better represented in the 2016 results.

This is a very competitive market, with the revenue of the 100 largest companies ranging from nearly half-a-billion US dollars to around $5 million. Of the 18,000+ companies in the market, 93% of them offer translation. Dr. DePalma outlined what this global competition means to Japanese companies in the form of M&A activity, the need to move to global markets, investment in technology, and several other factors. He noted that Japanese companies have been slow to adopt technology and to move beyond their borders, two things that American and European companies have been doing actively.

There’s a mismatch between what clients want to buy and what LSPs want to sell. Buyers are increasingly asking for smaller jobs, while LSPs want to sell big projects. This has led to an increase in the number of transactional translation sites and corresponding changes in revenue. LSPs must adjust their business models.

There is a limited pool of qualified resources. Companies have long complained about the difficulty of hiring the right people for production, sales, and management. The supply is getting worse in some countries, and governments and businesses are not actively investing in improving the state of language education – and thus their ability to hire. Dr. DePalma shared data that demonstrates how human translation productivity has stalled, and argued for more investment in human resources, vendor management, and technology. Vendor management is a particularly important function, but many LSPs don't spend enough time or money on it.

This is a major topic for everyone. CSA Research surveys have shown that buyers and suppliers disagree on the relationship between quality and price. Buyers think that price does not affect quality as much as the suppliers think it does. LSPs and freelancers believe that the higher the price, the better the quality. But buyers think that quality remains the same even if the price is higher. This disconnect is very important to resolve and puts a burden on LSPs to educate clients on what they will deliver, for how much, and to offer variable levels of quality based on the client’s actual application requirements.

Jobs are getting smaller, but there are many more of them. Budgets for translation remain relatively flat, but buyers expect to translate more words into more languages for the same money. Meanwhile, new buyers are coming to the market from marketing, human resources, customer care, and other customer-facing functions. These various audiences mean that companies will have to review pricing, production, marketing, and sales models.

Private equity groups and venture capitalists have taken a big role in the language industry, with four large LSPs acquired by private equity groups in the last year. This phenomenon has been long in coming, and CSA Research expects to see even more in the coming year.8. Benchmarking. LSPs want tools for evaluating their performance. Earlier this year, CSA Research adapted the localization maturity model to the language services sector, with a set of benchmarks and metrics that will help LSPs compare their operations and processes with that of other companies. This Metrix™ model will help professionalize the language services sector.

Dr. DePalma shared three opportunities for growing a language service business. First, he recommended that LSPs adapt their business models to better sell to changing buyer requirements. He said that traditional buyers need more translation into more language for more business functions, while prospects with ad hoc needs – such as retail and last-minute buyers – want more of a Rakuten- or Amazon-style experience. Second, he said that translation buyers need help shifting to new platforms such as online apps, mobile, and Internet of Things. Finally, he suggested that LSPs update their service offerings to include so-called “reverse localization” of Japanese products into English and other languages, full-service content development and translation, and plugging into mainstream trends such as Big Data.

He concluded his presentation with an overview of information sources for the language industry, describing CSA Research’s reports and briefs about best practices, services, and technology. The company writes research for both suppliers and buyers of language services and technology. He listed the various reports and briefs that he used to develop his presentation, including “The Language Services Market: 2015,” “The Rise and Fall of Online Languages,” “Can’t Read, Won’t Buy,” and “The Price-Quality Link.” He pointed out how LSPs can use these and other CSA Research reports to better understand client demand, position their companies for growth, and educate their prospects and clients. He also encouraged Japanese LSPs to take part in CSA Research’s annual market survey, which will begin on January 30, 2016. The Japanese language sector will benefit from the visibility that this research will bring to the market. 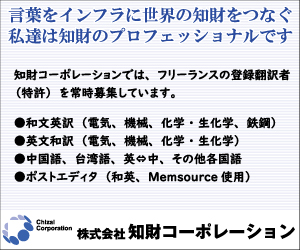 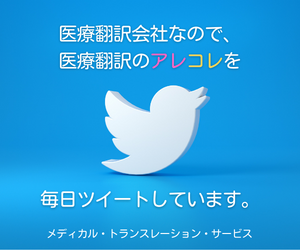