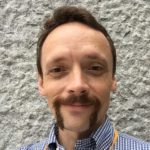 日本翻訳者協会 理事、一般財団法人ニッポンドットコム 英文部。
James Singleton received his B.A. degree in Asian studies from the University of Oregon, USA. After graduating, he arrived in Japan in 1996 and has lived here ever since, studying Japanese and experiencing local history, culture, and dialects. He became freelance Japanese to English translator in 2008, focusing on such areas as business, renewable energy, and the environment. He joined Nippon.com as a translator and editor in 2014 and applies his 20 years of experience living in Japan to help broaden understanding of the country around the world.

Is there an Echo in Here?: A brief history of Nippon.com

After a brief introduction of the speaker himself, he started the session with the history of Nippon.com, where he currently works as a translator, writer, and editor. Nippon.com is a multilingual website that publishes a wide variety of articles about Japan in seven different languages: Japanese, English, Chinese (both simplified and traditional), French, Spanish, Arabic and Russian. The site was founded in 2011.

Nippon.com was formerly known as Japan Echo which was published for the first time in 1974. Then Prime Minister Tanaka Kakuei was met by riots while visiting Indonesia for a meeting and realized the need to distribute more information about Japan to the world in order to dispel the lingering images of Japan from WWII that made many countries in Asia see it as a returning conqueror. After returning to Japan, Tanaka discussed the matter with Seki Yoshihiko and Mochida Takeshi. With early help from  the Ministry of Foreign Affairs, Seki and Mochida started publishing Japan Echo, which carried English translations of articles written by scholars as well as sociologists from such publications as Chuo-koron (or 中央公論) and Bungei-Shunju (or 文藝春秋).  MOFA distributed copies of the magazine at their diplomatic meetings overseas. Japan Echo also published some editions in Arabic, Chinese, French, Spanish, and other languages. In 2009, MOFA had its budget for purchasing periodicals cut, (or 事業仕分) placing Japan Echo in financial difficulty as the ministry bought the majority of each printing. After a brief attempt to move the publication online, Japan Echo folded after 35 years. Soon after this, the Nippon Foundation came forward to sponsor the establishment of Nippon.com. The foundation’s chairman Mr. Sasagawa Yohei discovered as he traveled around the world for work that there was a lack of accurate information about Japan and realized the need to share Japan’s image of itself with other countries. Similar to Japan Echo, which published articles on such topics as politics, economy, and society, Nippon.com also offers scholarly, in-depth articles written by Japanese experts, translating these into English, Chinese (both simplified and traditional), French, Spanish, Arabic, and Russian. The site was largely unable to tap into past Japan Echo articles. Many authors and publishers that had provided pieces for Japan Echo were unwilling to have their previous works published on Nippon.com for the reason that they may wish down the road to publish them on their own website. Nippon.com decided, therefore, to publish original articles about different up-to-date topics such as culture, food, and art. These articles are written in Japanese along with other languages such as English, Russian, and Spanish by people who have extensive knowledge about various topics and Japan; who live in Japan; who study in Japan. Nippon.com is an independent outlet and not a mouth piece for the Nippon Foundation or the government, but provides information to enable readers to come to informed decisions about different topics related to Japan. It does so by providing specific points, critics, and opinions under the categories “in-depth”; “views”; “people”; “currents”; “features” and “images.” Currently they have around 35 in-house staff with many other freelance translators and editors.

Don’t believe the hype: The need for a balanced, in-depth approach to Japan

Having a wide variety of media outlets disseminating information, including via social media, nowadays, there is so much more contents for readers to wade through: some of it valuable, while some is invaluable or down right fishy. Recent stories on “Kodomo-shokudo (Cafeteria tackling child poverty or子ども食堂)” vs. “Reindeer delivery of Domino Pizza,” are some examples. Different media publish articles and news from different points of view. In the age of the internet, you cannot always trust that the information delivered via social media provides is a realistic or accurate portrayal of Japan. Even topics with a plausible caption, which seizes your attention, could just reference a private blog which cites nothing valid. This is the reason why it is so important to make articles accurate, easy to understand, and full of informative (what the actual situation is) to help readers delve deeper into topics and come to their own conclusions while not orienting them to a certain way of thinking.

The tagengo tango: Considering needs among a diverse readership

Every language has its own needs – different countries have different areas of interest when it comes to Japan. Nippon.com gauges the preferences of its readership in each language and by regions. Access data on the site shows that religion was one of the most popular topics among Arabic readers; the royal family of Japan was popular among every demographic group; views toward beauty, security, business, economy were also broadly popular topics. Data also shows more general trends, such as people from Hong Kong and Taiwan were more likely to click on articles about mechanics and engineering than other regions.

Residents of Malaysia and Indonesia often accessed English articles and Nippon.com saw that these readers were interested in topics on Islam in Japan, which may not be available in their native language. When it came to French language, not only people from France but also people from Algeria, Belgium, Canada, Morocco, Switzerland, Tunisia, and other Francophone countries accessed pages. Discovering the different dynamics and preferences in each language is an ongoing process.

Extra, extra, read all about it: Crafting informative and catchy titles and avoiding click bait

Titles of articles are very effective tools for grabbing a reader’s attention. Translators at Nippon.com do not simply translate titles directly, but try to make them catchy and informative, but avoiding relying on “click bait” lines. It is important to stay true to the message the article convey. As was mentioned above, every language has different approaches. Common pitfalls of article titles are to directly translate the title of the original Japanese article, which may cause misunderstanding or confusion. Another is making the title a summary of the article, as readers will often feel they already known what the article wants to say and then won’t click on it. In the translation, therefore, it is important to think what the topic is about, and to attempt a holistic approach to titles to catch the reader’s attention and make them want to read the article. This approach is especially important with the spread of social media. Pictures also help gain the attention of readers.

Removing kinks: Massaging text for understanding and presentation; and Being on point: The stringent on-site checking system

Direct translation of certain passages of articles sometimes works, but it can also lead to misunderstandings and reduce the readability of articles, leading to readers to leave the site. It is important to “massage” the text in different languages to make it more understandable to readers. This takes the form of adding background information when necessary or rewording or even leaving out references that are unclear to foreign reader. When doing this, though, it is vital to stay true to the intent and message of the author. Translation work is not to re-write the texts the way translator wants, but to deliver the author’s idea in a way that is engaging and accessible to readers.

Nippon.com carries out an extensive checking and editing process. Translations are scrutinized by checkers to ensure that they stay true to the original text and are edited by native speakers. In some cases, authors check the translations before publication. When working on articles from interview, translators may have to face dialects and translate them into another language. In some languages, they can still try applying their dialect to the spoken language but it doesn’t always work in every language. If that’s the case, recall the translator’s role and deliver the idea to the reader. 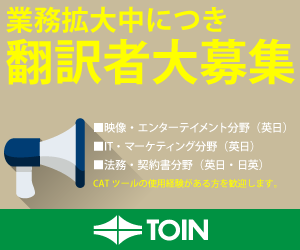